5 Hard Facts About Lead In E-waste In Tampa Bay 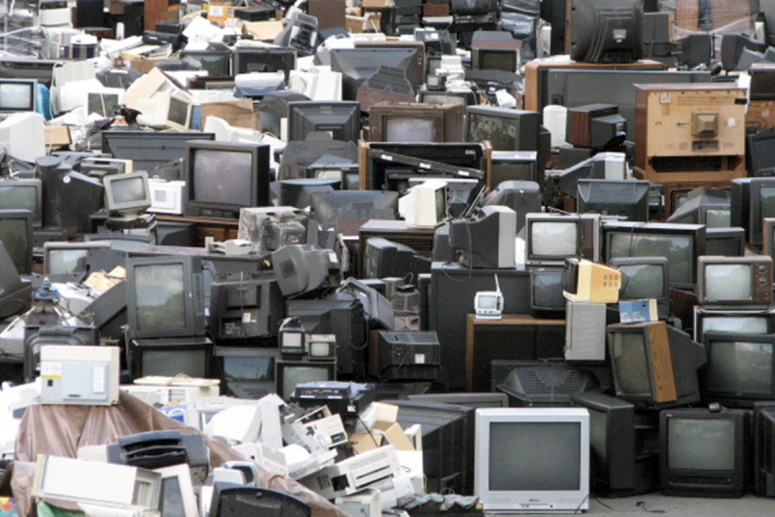 The lead-in E-waste in Tampa Bay is a crisis in this day in age in the Bay area and the rest of the country. The environment is so endangered by lead that Congress banned the use of lead paint in American households in 1971. Pb, a highly durable mineral element, is sweet-tasting and can be dangerous for children. However, lead ingestion can cause irreversible neurological disorders in infants or toddlers that can last into adulthood.

Lead and E-waste in Tampa Bay: A Environmental Danger

It is well-established that lead and e-waste have a connection. Many electronic devices, including tablets and mobile phones, are made up of components that contain lead. Since at least 3000 B.C., the metal has been in use. It is known for its durability, resistance to corrosion, and high melting temperatures. Electronics manufacturers find this versatile metal irresistible despite its history as an environmental threat.

Globally, e-waste is increasing at 3.5% per year. Due to its tendency to contain lead and other dangerous elements, environmental hazards associated with it are also rising. E-waste accounts for 70% of all heavy metals found in landfills, including lead. Electronics account for only 2 percent of landfill waste.

According to environmental NGO Toxics Link, mobile phones contain at most.3 percent of lead by weight. This number multiplied by the 700,000,000 units of e-waste disposed of worldwide in 2005 means that literally tons of lead could have been circulating as e-waste. The amount of lead that is contaminating the environment around the globe is likely to be equally large, even though so little of the e-waste has been properly disposed of.

It is important to consider the potential dangers of e-waste proliferation for both the environment and the health and well-being of children and adults. Here are some facts about lead in electronic waste. They highlight potential and actual dangers.

1. Local communities can be affected by toxic e-waste materials, including lead, which can leach into their soil, which is an issue in the Bay area.

E-waste in Tampa Bay that is not properly disposed of has been associated with leaching for a long time. Leaching can occur when electronics are thrown into landfills. These cumulative effects of lead contamination can be so severe that the EPA recommends sandboxes to play with children (rather than regular soil). It also suggests that shoes should be removed before entering the house to prevent lead-ridden dust from being brought in from the outside.

2. Groundwater can be contaminated by lead if e-waste in Tampa Bay is not properly disposed of.

We see it in Tampa, FL, and other areas all across the country. When lead is contaminated with tap water, it can spell the end of healthy drinking water resources for whole regions.

According to the US Geological Society too, groundwater can be contaminated by lead from pesticide runoff and industrial pollution. Given the amount of lead found in e-waste, it is safe to assume that this too has the potential to build up in soils over time. This could lead to dangerous cumulative effects, resulting in lead-contaminated groundwater.

An EPA-sponsored report revealed in 2004 that 12 types of electronic devices each leaked lead into soils at rates higher than the EPA regulations. This was in response to a study that tested the leachate potential for various electronic devices. These electronics included electronic devices that are common in American households, such as computers, keyboards, mice, and mobile phones. Cathode-ray tubes, which are found in many computer monitors and TVs, also contain high amounts of lead.

This potential for contamination led to bans on electronic waste. California has banned televisions and CRTs from landfills. At least 20 other states have placed landfill or disposal bans on electronics because of the danger of hazardous contamination. Electronics manufacturers are being urged to take “cradle-to-grave” responsibility for ensuring that their products do not cause harm to the environment due to lead and other contaminants found in electronics. Many electronics manufacturers offer recycling services for products that are returned by consumers.

4. Children are especially at risk from lead contamination in areas that have been exposed to e-waste.

Although there are not many studies that detail the exact effects of lead in electronic waste, each study is showing the importance of e-waste contributing to soil, water, and air contamination.

A recent study published in the Environmental Environmental Pollution Journal showed that e-waste areas are prone to high levels of blood lead and cough. This study looked at the effects of high e-waste areas such as Guiyu in China, which is known for its informal e-waste recycling practices and polluting soil, air, and water.

The chances of hazardous lead levels in the environment decreasing when e-waste is correctly disposed of using safe and efficient recycling methods decreases. However, e-waste recycling in the US is voluntary and not required by federal law. While many manufacturers and retailers offer recycling services in the US, the e-waste recycling rates in this country, which is responsible for large amounts of the world’s electronic waste, remain low.