A Closer Look At The Life-Cycle Of E-Waste 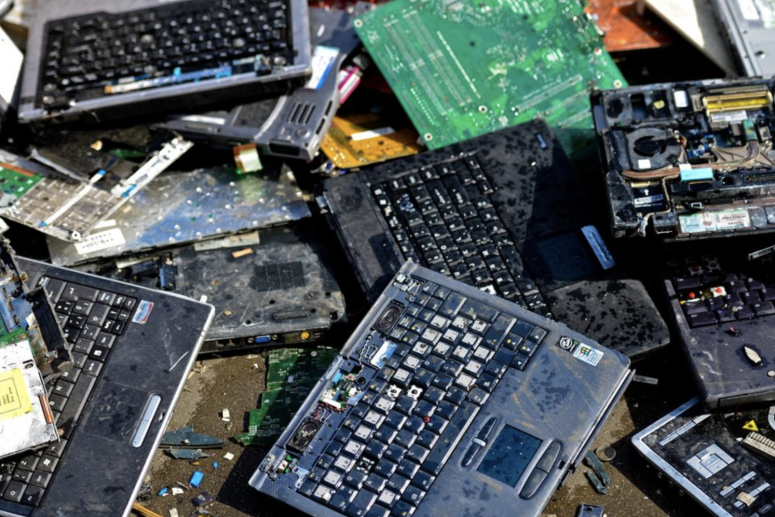 The Life-cycle of E-Waste often becomes overlooked and the process of  “e-waste” or electronic waste, isn’t of importance after its first use. These chemical compounds, which made the appliances fireproof and functional, have now become extremely toxic and mobile. They are also resistant to the environment. This can cause harmful effects on all living things. These health risks often fall on the shoulders of poor communities in developing nations. The concern about environmental harms makes it difficult for mature economies to remove chemical residues prior to exporting. This means that copious amounts illegally or legally disposed of hazardous waste such as computers, cell phones end up in places like China, India, Miami, and some parts of Africa where it is recycled and processed.

Although there is a lot of research on the human and environmental health effects on the life-cycle of e-waste, very little research has been done on its economic and social dimensions. Anna Lora Lora-Wainwright spoke out about this new issue of the Information Age. She presented her project on e-waste trade flows in China and Japan, which she co-authored with Peter Wynn Kirby. The lecture was sponsored by the Harvard University Asia Center, the Fairbank Center for Chinese Studies, and co-sponsored by the Reischauer Institute of Japanese Studies.

Anna, an Associate Professor in Human Geography of China at Oxford University began the talk by clarifying that e-waste flows not only connect developing countries with developed nations but also between developing and developing countries. There are also uneven gains and losses at the facility level, between workers and workshop bosses, many of whom are migrants. This makes it difficult to label e-waste as an environmental justice issue between developing and non-developed countries. She also explained that there is a lot of opportunity for people in poorer countries to make money so it is difficult to simply stop these trade flows.

Anna explained that China and Japan have very different regulations regarding the life-cycle of e-waste. Workers at the Panasonic E-Waste facility in Japan work to convert e-waste to “non-waste” which allows the final product to cross national borders. There are many loopholes in Japan’s circular economy. However, what is not subject to formal processing ends up in the informal sector. This sector has little regulation or precaution over how e-waste will be processed.

Anna was able to observe the operations of an informal processing unit in China. It was located in a community where 80% of the population was involved in the e-waste industry. Anna questioned the distinction between formal and informal sectors in e-waste. She stressed the need for a “natural story of electronics”–that is, complete knowledge of their material journeys, no matter how non-linear they might be. Anna said that we should not condemn those in the informal sector, the “scavengers”, as immoral. She explained that we need to see them as figures in a murky and undetermined area about which we don’t know much from the inside.

Anna’s work sought to show this “inside-out” perspective. She also interviewed the scavengers. People living in poverty were unaware of the dangers of handling these materials and resorted to scavenging for their economic survival. Many people feel that these areas have far more pollution sources and require far more attention. They are also frustrated at the lack of attention to this sector. A lack of trust in government and its monopoly over “green technology” for e-waste management has widened the gap between citizens and decision-makers. She concluded that we should instead make a social-political infrastructural shift to end the system that supports salvaging.

Although I knew that electronics have long and complicated lives, Anna’s lecture gave me a new moral lens through which to see e-waste. It was easy to label the problem of e-waste in these nations as an issue for environmental justice, but it avoided the narrative of the scavenger.

It seems that scavengers are able to find a middle ground between “victim” or “villain,” but as I thought about my role in the life-cycle e-waste, it reminded me of the immense privilege many citizens in developed countries enjoy. Many of their waste is not in their backyards but in the homes of those less fortunate. This leaves them to choose between economic survival and dangerous health effects.

Ready to properly dispose of your E-waste?! Then contact Ecycle Florida to gain more insight on how we can help!