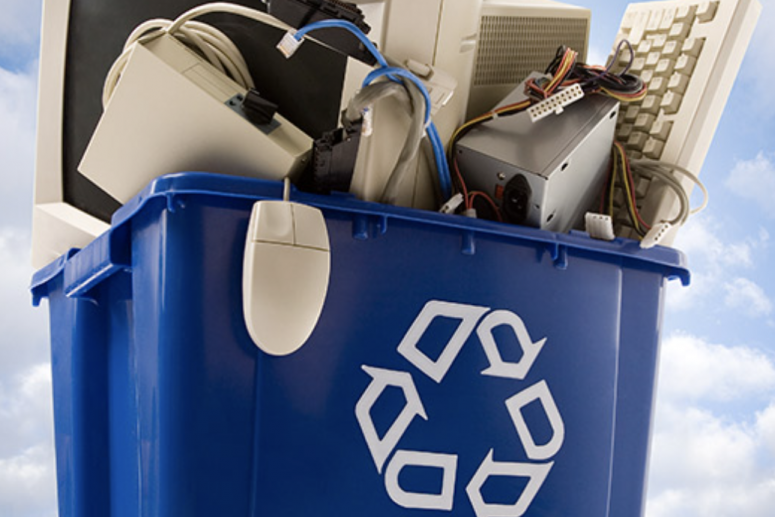 The fastest-growing segment of the municipal solid waste stream is electronic waste. The current recycling rate for e-waste, which is less than 1%, is not encouraging. E-waste can be used to recover metals, plastics, and glass. Here are some E-waste recycling facts:

Currently, 15-20% of all e-waste is recycled. According to a report from the EPA, each day we will get rid of more than 416,000 mobile devices as well as 142,000 computers by either recycling them or burning them in incinerators. A BBC Panorama program estimates that 20 to 50 million tons of e-waste are generated every year. This amounts to more than 5 percent municipal solid waste stream. The U.S. EPA report states that e-waste accounts for only 2 percent of the solid waste streams. However, it accounts for 70% of the hazardous waste which is deposited into landfills.

According to iSupply, a market research company, around 1.56 billion consumers bought electronics worldwide in 2010. In the next year, that number soared to 1.6 billion units.

According to a study, it takes 1.5 tons of water, 48 pounds of chemicals, and 530 pounds of fossil fuels to produce a computer with its monitor. Reusing or recycling computers is more efficient than disposing of them in landfills or incinerators. It can generate 296 additional jobs each year for every 10,000 tons of computer waste.

One million laptop computers can be recycled to save enough energy for 3,657 U.S. homes over the course of a year. Cell phones are rich in precious metals like silver and gold. Americans dispose of approximately $60 million worth of silver and gold each year. The EPA states that excessive amounts of lead in e-waste can cause serious damage to human blood, kidneys, central and peripheral nervous systems, and could even lead to death. Globally, 300 million computers and around 1 billion mobile phones are produced each year.

Global e-waste will grow by 8 percent annually. Around 80 percent of the e-waste produced in the U.S. is exported to Asia. This trade flow is controversial and a source of many controversies. eCycle is dedicated to recycling your e-waste.