How Much Electronic Waste Does The United States Throw Out Each Year? 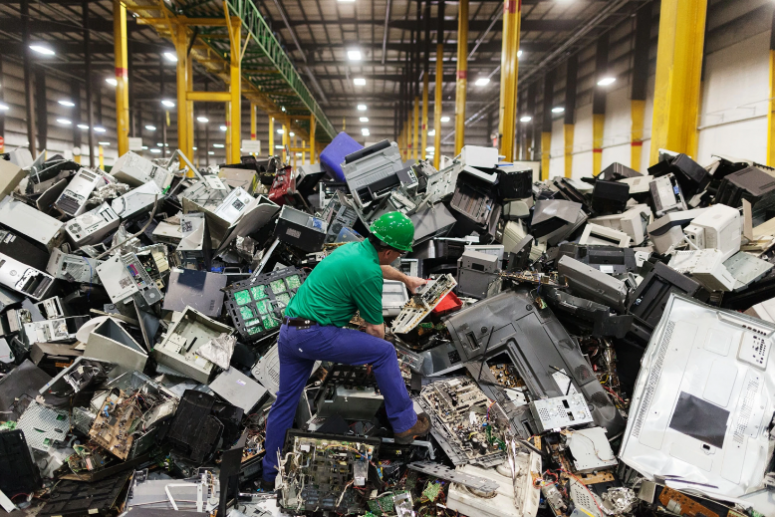 How Much Electronic Waste Does The United States Throw Out Each Year?

One of the world’s biggest producers of electronic waste in America. While e-waste has quickly become one of the largest and fastest-growing streams of waste in the world, it should not be too much of a surprise to those who are paying attention to our culture and the world we live in. With all of the advancements in technology, people are so often trading in phones, computers, and televisions for newer models. So, the fact that there is a lot of electronic waste piling up around the world may not be shocking, the numbers associated with this waste can still be staggering.

According to a United Nations University study done in 2016, there was a global think tank that tracked the growing e-waste issue and they figured  that the yearly accumulation of this waste reached 49.3 million tons (or more than a million 18-wheelers if that helps picture it.) However, this was just the beginning, as that same study said it expected the annual total to surpass 57 million tons by 2021.

There have been studies that suggest only about 20 percent of the world’s e-waste is actually collected and taken to the proper recyclers in order to be dealt with in as minimally dangerous a manner as possible. However, only about 40 nations currently keep e-waste statistics, so the data is only partial and is bound to be falling behind the massive growth and consumption of electronic devices.

In 2016 alone, the United States was responsible for generating nearly 7 million tons of e-waste, or about 42 pounds of e-waste per person. While a lot of e-waste likely makes its way right into the trash, there are some accounts that suggest that e-waste only makes up about 2 percent of the total waste within American landfills, but that same waste accounts for nearly ⅔ of the heavy metals in these landfills. These numbers make American the second-largest producer of e-waste in the world, having recently been surpassed in this area by China.

If you have any issues with knowing how to properly recycle or get rid of your household e-waste and do not want to contribute to the issues of e-waste filling our landfills with heavy metals and dangerous toxins, you can turn to resources like those at ecycleflorida.com for tips and help on properly taking care of your waste. Contact us today to making sure your e-waste is taken to the right recycling facilities to be taken care of is one of the best ways to help cut down on the amount of e-waste being made in America and across the world.