The Global Cost of Electric Waste 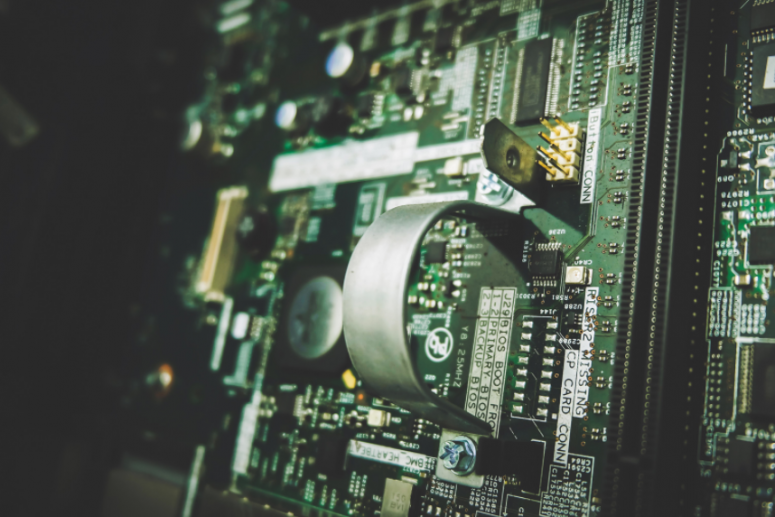 The Global Cost of Electronic Waste: Apple has already sold millions of the new iPhone 7, which started shipping this month. For many who bought one, the device replaces a perfectly good, recent model. True, after a couple years an iPhone might start showing signs of wear: The home button sticks, or the glass might be cracked. Some of these defects can be repaired, although few choose repair over upgrade. Here we talk about the global cost of electric waste.

Apple has already sold millions of the new iPhone 7, which started shipping this month. For many who bought one, the device replaces a perfectly good, recent model. True, after a couple years an iPhone might start showing signs of wear: The home button sticks, or the glass might be cracked. Some of these defects can be repaired, although few choose repair over upgrade. Others are caused by planned obsolescence. For example, Apple’s latest operating system, iOS 10, makes extensive use of haptic features that require an iPhone 6s—a device released just last year.

And so people replace things: smartphones, tablets, phablets, laptops, LEDs, LCDs, DVD players, portable music players. Whether from breakdown, slow-down, or just the availability of a newer model, people discard electronics at the slightest inconvenience. It’s not just laziness or a lust for the future, either; the economics of gadgets encourages disposal. In some cases, for example, buying a new printer is cheaper than buying a set of new ink cartridges.

The increase in consumption of electronics has two major adverse ecological effects. First, it significantly increases mining and procurement for the materials needed for production of gadgets. And second, discarded devices produce large quantities of electronic waste. That waste could be reduced through reuse, repair, or resale. Whether it ever will be is an open question.

Electronics have always produced waste, but the quantity and speed of discard has increased rapidly in recent years. There was a time when households would keep televisions for more than a decade. But thanks to changes in technology and consumer demand, there is hardly any device now that persists for more than a couple of years in the hands of the original owner. As per the report of ENDS Europe agency, built-in obsolescence increased the proportions of all units sold to replace defective appliances from 3.5 percent in 2004 to 8.3 percent in 2012. The share of large household appliances that had to be replaced within the first five years grew from 7 percent of total replacements in 2004 to 13 percent in 2013. According to a 2014 Gallup poll, 89 percent of young adults (18 to 29) own smartphones; 41 percent of the older generation owned VCRs at the same age.

The widespread use of semi-conductors and entrance of new players from Brazil, China, and India has made the manufacturing of portable devices relatively inexpensive, and the difficulty, inconvenience, or high cost of repair has made new purchases more economical. Manufacturers have also used software updates to privilege newer models of smartphones and computers, invisibly pressuring consumers to buy new devices just to maintain parity of experience. And companies have also increasingly ended support for older models or the operating systems that run on them. WhatsApp and Facebook, for example, recently announced that they will stop providing support for their apps on certain older models of Blackberry.

Following the lead set by razor blades, printer manufacturers have realized that they can make more money selling ink and toner than the printer hardware itself. According to a Financial Times report, a gallon of ink for the typical printer costs the consumer around $8,000. But the prices of printers are so low that once their initial ink supply is spent, the consumer is tempted to buy a whole new machine.

If not disposed of properly, toxins from electronic waste can enter the soil and water supplies.

This idea of pushing consumers to buy new items quickly by artificially reducing the lifespan of products is hardly new. In 1924, Phoebus, a cartel between Osram, Phillips, Tungsram, and General Electric, insured that light bulbs did not exceed an expected life span of 1,000 hours. This cartel was dissolved in 1939, when Eastern European manufacturers started producing low-cost bulbs.

But today, planned obsolescence has broader and more serious consequences. Electronic waste is a global ecological issue. It raises concern about air pollution, water pollution, soil pollution, information security, and even human exploitation. Air can be polluted when scavengers burn electronic waste to get the copper. If not disposed of properly, toxins from electronic waste can enter the soil and water supplies. And unlike light bulbs, which were engineered to break, much e-waste contains operational devices, which might contain intact data ready to be exploited after discard. The shortened lifespans of electronic devices, encouraged or designed by manufacturers, have pushed consumers to interpret working electronics as insufficient or unusable.

Countries like the United States regulate where and how e-waste gets recycled, but many goods still fill landfills instead. Of the $206 billion spent on consumer electronics in the U.S. in 2012, only 29 percent of the resulting e-waste generated was recycled. The rest were simply trashed. Who even remembers what they did with their first (or third, or fifth) iPhone?

Who is to blame? Consumers certainly have a role to play in the increase of e-waste—they’re buying the goods, after all. But manufacturers have given people fewer and fewer viable ways to keep older electronics functioning effectively. In the process, profits from device sales are way up, along with the satisfaction of these companies’ shareholders. It’s an impasse, one group pointing to the other as the ultimate source of electronic dross.

For this reason, reducing e-waste cannot fall on the shoulders of consumers or manufacturers alone. One possible alternative is to require producers of electronics to offer buy-back or return systems for old equipment. Export limits could be placed on manufacturers, too, where the quantity of goods that can be exported should be directly proportional to the amount of e-waste the company has recycled or re-used. Then there needs to be an effective way to insure that these returned devices get repurposed. Governments could give some form of tax break or rebate for companies that effectively process old equipment. And companies could reuse recovered parts from discarded goods in newer systems. Partially recycled devices could be sold in markets where buying capacity is limited. Or, they could be marketed as “reclaimed,” offering a social benefit even in wealthy markets.

Another option is recommitting to repairing smartphones and computers. Done properly, electronics repair might help reduce unemployment. Companies and NGOs could set up simple training centers where people could learn the skills, and manufacturers could provide better access to repair options and facilities. Government involvement in such programs would be extremely important, as the creation of such centers would need to contribute to broader socio-economic goals. Donors to NGOs might have a role to play in advocating for such change.

The conditions at e-waste processing facilities are dire.

Resale is another option. Companies like Ebay and Olx offer the means, but obsolescence still hampers second-hand use. If older devices are not supported by manufacturers and developers, these gadgets end up back in landfills. Emerging economies such as Pakistan and Nigeria, where purchasing power is low, offer promising markets for the reuse of such devices. Pakistan has a thriving second- and third-hand market for older phones already; even older Nokia phones are common, complete with the monochrome snake game.

The conditions at e-waste processing facilities are dire. Devices have to be laboriously manually sorted and then disassembled. Furthermore, used electronic devices contain hazardous materials like mercury, lead, silver, and flame-retardants. They also contain small amounts of valuable raw materials, such as gold, copper, titanium, and platinum; one ton of electronic waste might yield 200 grams of gold. This sometimes makes the business of e-waste recycling unviable. Manufacturers have a role to play here, too: for example, by assisting in the creation of e-waste recycling centers in developing countries rather than using them as dumping sites.

Everyone has a role to play in reducing electronic waste. Consumers can resist, or at least delay, acquiring new devices until they really need them. They can repair devices when possible rather than abandoning them. And after a new purchase, they can resell or recycle their old devices. But consumer intervention only goes so far. Governments need to regulate electronic waste, and the companies that make the consumer electronics they sell over and over again to the same people, at great profit.