US Electronics Companies Are Recycling E-waste 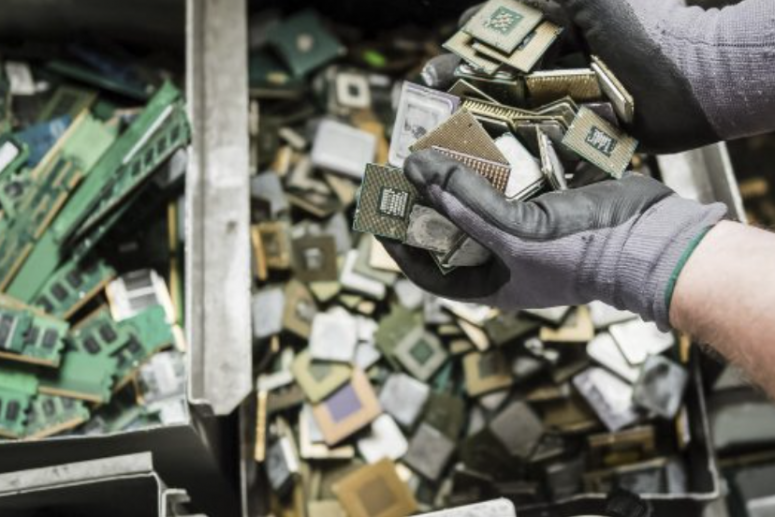 You may picture recyclables as scrap metal, such as copper, aluminum beer cans, plastic milk jugs, and other things. Most likely, e-waste recycling is not the first thing that comes to your mind. eCycle Florida and other U.S. companies are now interested in reusing and recycling E-waste. We’ll tell you why in this post.

Before we get into the reasons why companies do this, and why it is important, let’s first understand what E-waste means – rare earth metals.

As we have mentioned, everyone is familiar with certain metals. These include copper wiring, aluminum cans and a stainless steel pan. These metals are easily mined around the globe. Rare earth metals, on the other side, are exactly the opposite.

Rare earth metals are rare and you probably haven’t heard of them. The Rare Earth Technology Alliance states that there are 17 total rare earths.

These metals and the alloys that they are made from have unique chemical properties, which can be used in many electronic products. Many of these metals can be used in computer memory, DVDs, rechargeable batteries, cell phones and laptops, as well as magnets and fluorescent lighting. They also have important military applications like night vision goggles, lasers, and guidance systems.

Demand and its Impact

China is currently a major producer of rare earth metals.  They began producing significant amounts of rare Earth oxides in the early 1980s, and was the world’s largest producer by the 1990s. China has steadily increased its grip on the rare earth oxide market in the 1990s and 2000s.

Technology can be expensive because of the fact that almost all of the production and refinement resources of these metals are controlled by one country.

But, the demand for products like laptops and cell phones is still high. Recycling E-waste and refining rare earth metals can be extremely hazardous and potentially dangerous. Processing rare earths can be dangerous. Their ore contains radioactive materials like thorium. Separating the wheat from the chaff requires large amounts of carcinogenic toxic toxins, such as sulfates and ammonia. One ton of rare earths can produce 2,000 tons of toxic waste.

eCycle Florida is an R2 Certified recycling E-waste company in the state of Florida. Our processes and procedures are dedicated to the proper destruction and recycling of your electronics. eCycle Florida is your go-to when looking for an electronic recycling center in Florida. Check out the services in the multitude of industries that we offer: